On January the 30th there was National Plan for Vacation Day that reminds us to plan our vacay for the rest of the year. When it gets down to holidays, it’s the early planners who get their bags packed and are ready to fly away get the most appealing deals. With the low temperatures and continuous snowfalls outside the window, it’s easy to start daydreaming of sunny skies, sandy shores, and summer days to come.

I remember the time when the only option for a real vacation for me was spreading 5 weeks of working holidays all over the year taking into consideration the fact that my company was insisting on having a break between June and August, the highest peak season of the year. Summer is not the best period for travelling: the beaches are packed with people, transport and accommodation double in price, everything is a little bit less convenient and more stressful at least for me. Nevertheless, there are some great places in the world with the warm weather all year-round surrounded by stunning beaches and blue ocean. I propose you to fall in love with Mauritius: the best African destination. 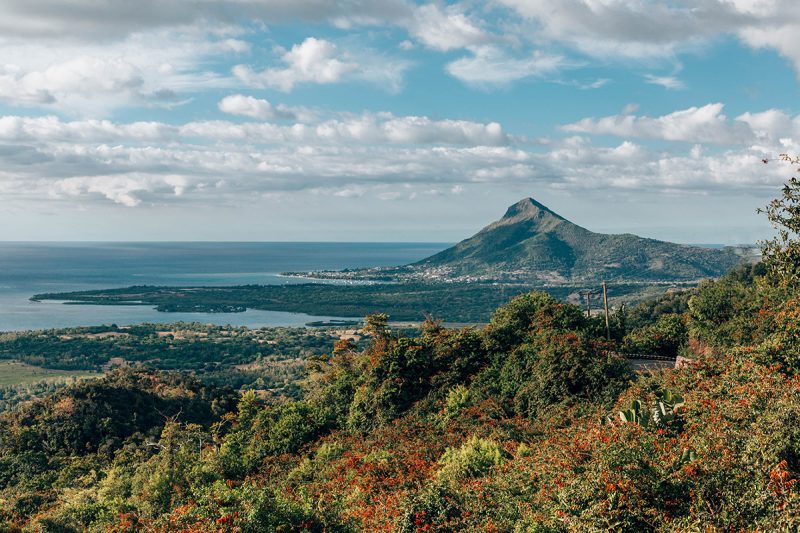 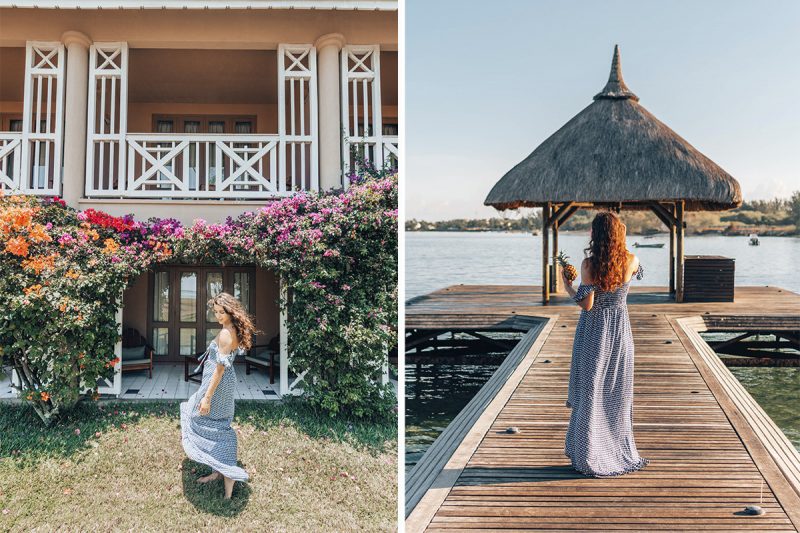 Last November, I had a chance to travel to the island in the middle of the turquoise Indian Ocean with Club Med La Plantation d’Albion. Mauritius proposes a mild tropical climate throughout a year but it can be said that the island has two seasons: summer and winter. Summer is considered to be from November to April, so we can say that it’s high season for the island. But, trust me, it’s less than you think (nothing compares to queueing to the Louvre Museum in Paris during summer time haha). The island proposes high temperatures (above 30 degrees Celsius), vivid nightlife and a lot of activities to try. If you prefer the temperatures below 30 (around 26 degrees during a day and 20 degrees at night) and deserted beaches than winter period that lasts during May to October will be better for you. The tours and accommodation will also cost less. 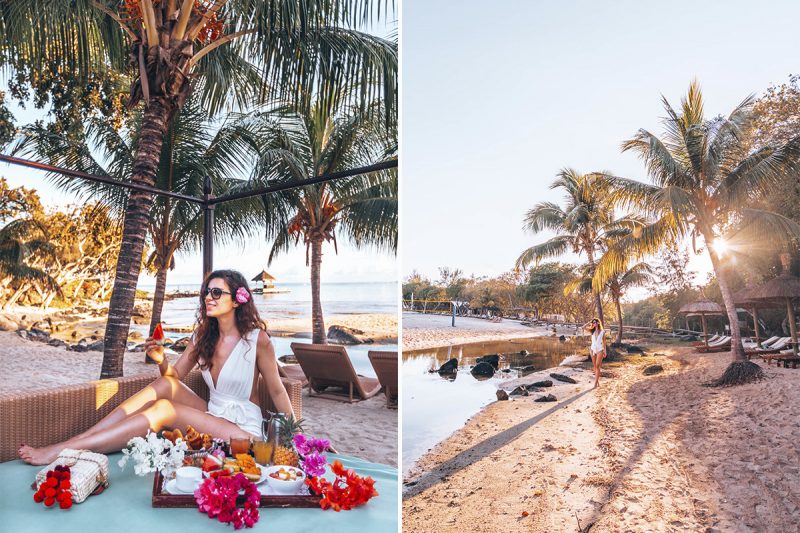 The island of Mauritius was uninhabited until the 17th century when during the Dutch East India Company The Netherlands made an attempt to colonize the island. By the way, it was named after the prince of Denmark, Maurice of Nassau. Therefore, the society includes different nationalities mainly the people from Europe, mostly French and British, but also Africans, Chinese traders, and Indian labourers. The Constitution of Mauritius mentions no official language. It only contains a statement in Article 49 that “The official language of the Assembly shall be English but any member may address the chair in French”, but also between them people speak Creole, Hindi, Tamil, Marathi, Bhojpuri and Hakka. So, what is truly amazing about modern Mauritians is that people are very friendly and peaceful despite the fact of living in a melting pot of different races, languages and religions.

During our trip, we followed a 7-day island highlights exploration and discovered what it has to offer. I would like to share with you our itinerary and hopefully inspire you to come to Mauritius.

First of all,  take a rest after a long-haul flight (it’s 9-hour direct flight from Paris with Air France) by relaxing at a sandy beach, chilling out by the poolside, eating exotic fruit and freshly caught seafood. By the way,  Club Med La Plantation d’Albion has a great selection of spa experiences to offer. 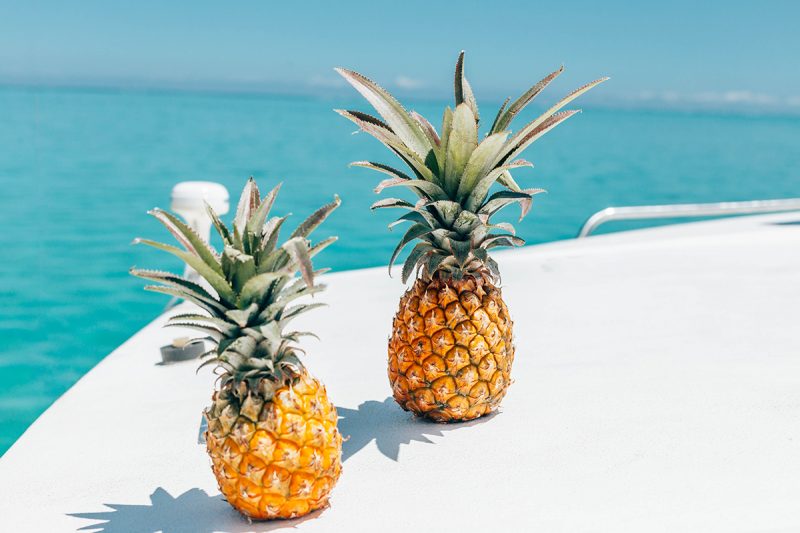 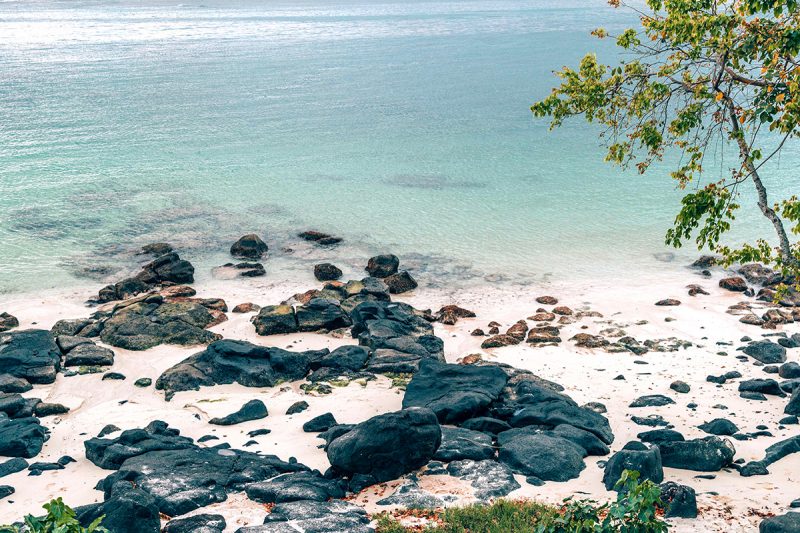 Day 2. Explore the South of the Island

Our first spot was at Ganga Talao. A carter lake situated in the mountain area around 550 meters above the sea. It is one of the most sacred places for Hindus as it is surrounded by temples dedicated to Hindu Gods. Have a look at the colourful statues committed to popular Hindu characters. The place also fascinates by the presence of a lot of free wild monkeys that are ready to eat all the treats you have for them. Keep an eye on your belongings, as sometimes they aren’t as cute as you can imagine. 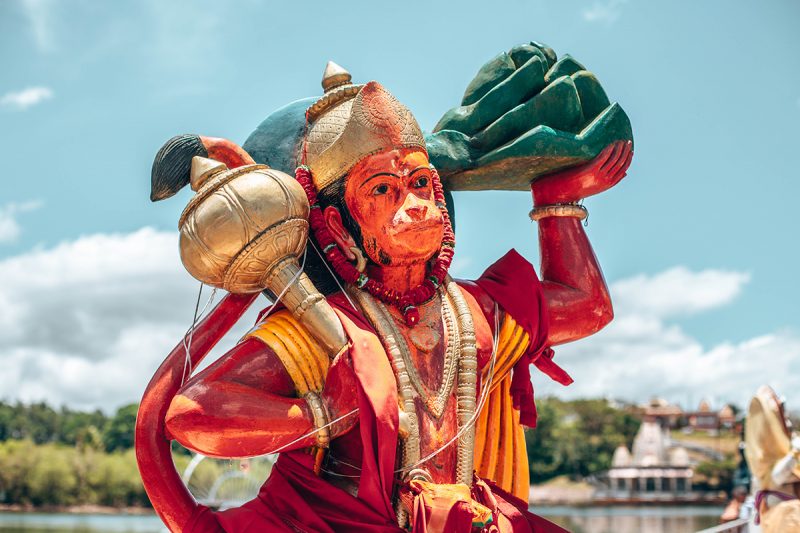 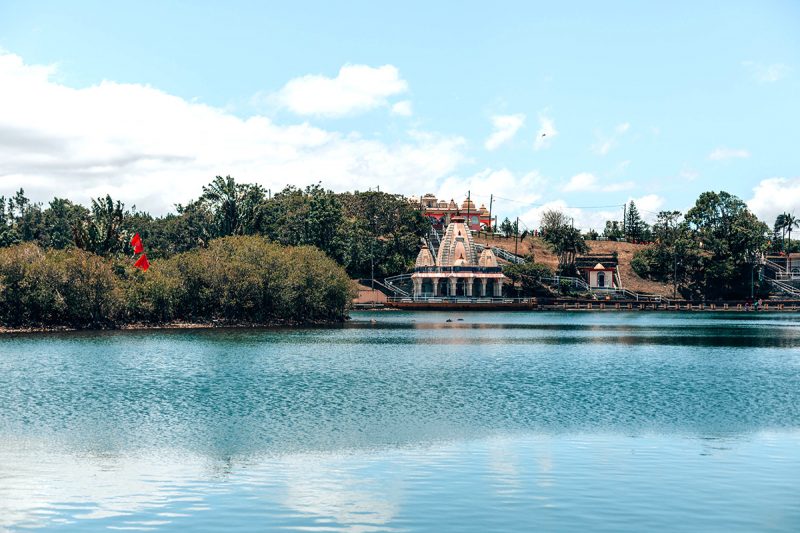 For the lunch, we went to the famous “Varangue sur Morne” restaurant in Chamarel. It offers a wide selection of national Creole dishes along with magnificent hillside view on the South West coast of the island. A lot of well-known people like Jacques Chirac, Robert De Niro and many more have eaten there. As the island has had a great European and overseas influence, Mauritian cuisine had also become a combination of everything with many dishes created that are unique to the island. The food is very rich in flavour, so I, definitely, suggest you trying it! 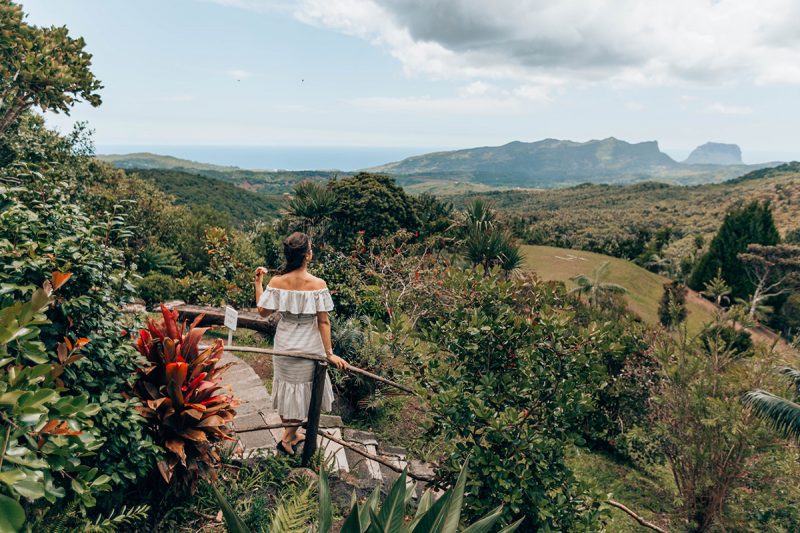 After the lunch, we headed to one of the most visited and picturesque places on the whole island: Seven Coloured Earth of Chamarel. A natural phenomenon resulting in dunes composed of different layers of the seven colours: (red, blue, green, brown, violet, yellow and purple). Next to the dunes also lives a small family of giant land turtles.

On the way back, there is also a beautiful viewpoint over Chamarel waterfall that you don’t want to miss. 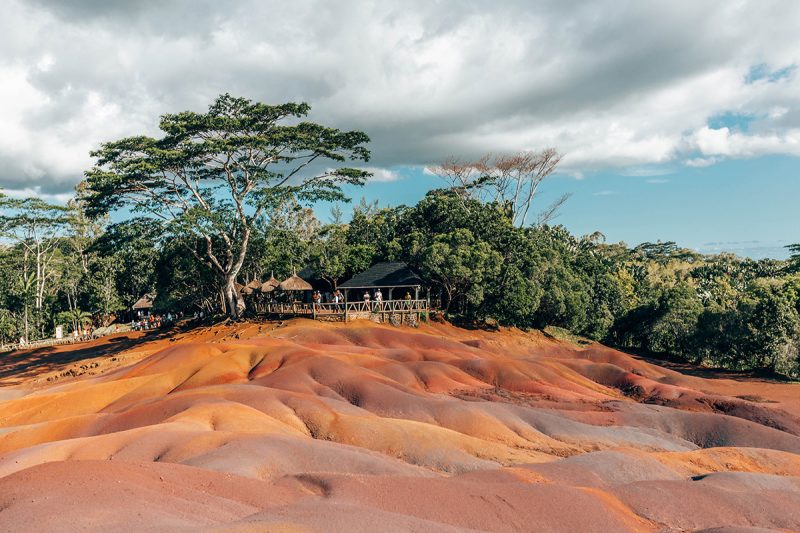 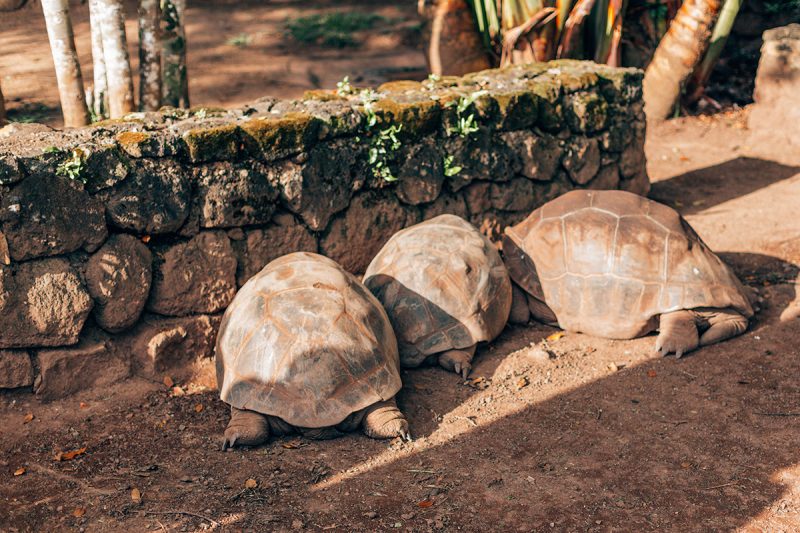 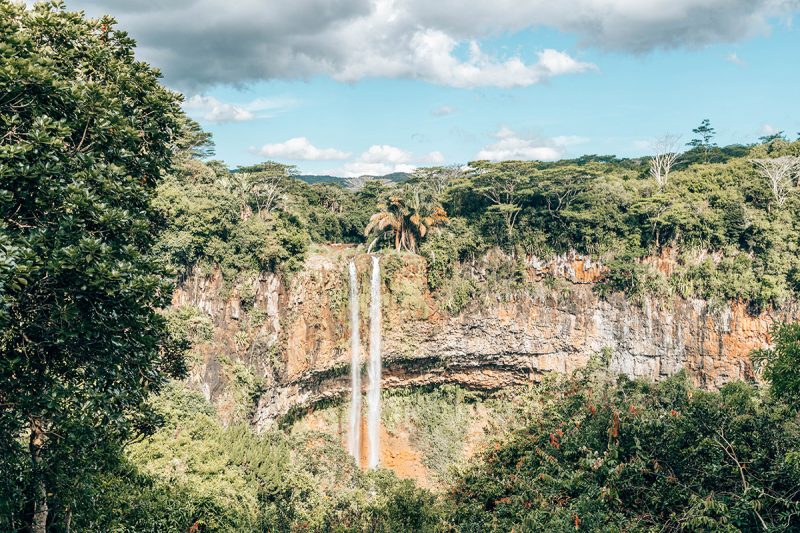 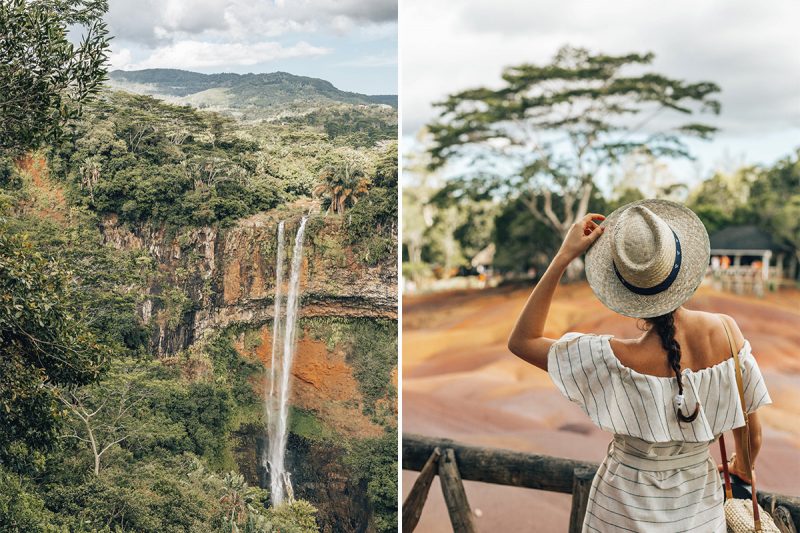 For your third day, offer yourself a unique experience of dolphin and whale watching. It can be your one and only to chance to be in such a close distance with these wonderful creatures of our planet in their natural habitat, so don’t miss it! Honestly, I almost cried when I saw dolphins playing around our boat, it was a very emotional moment for me. As a part of our trip, we also enjoyed a tropical lunch break in the middle of the oceanwith freshly grilled langoustine BBQ as well as swimming in a crystal clear water of the lagoons and sunbathing on a boat speed. 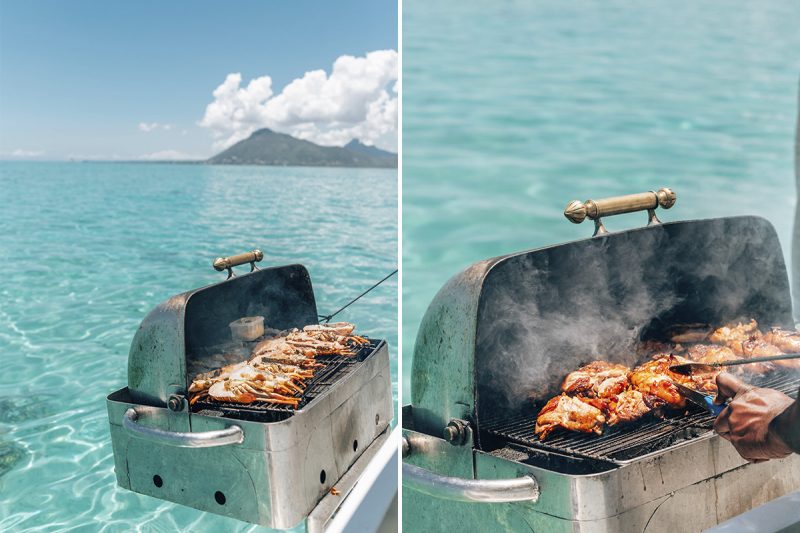 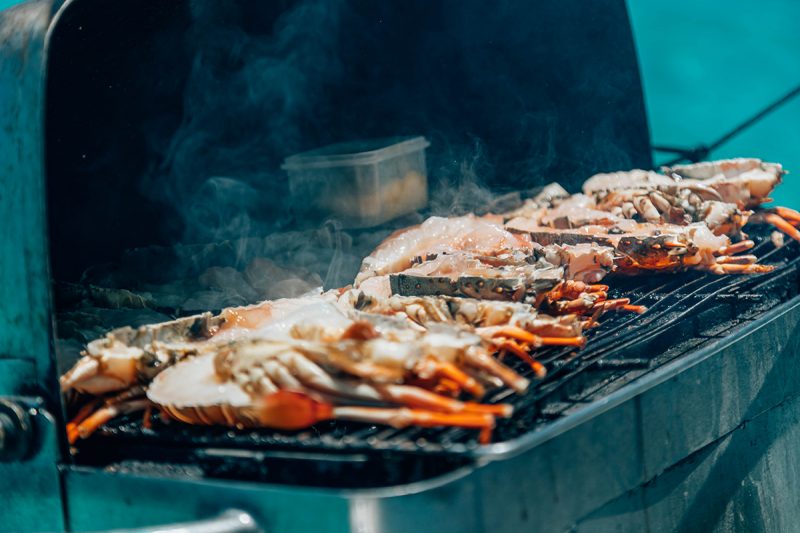 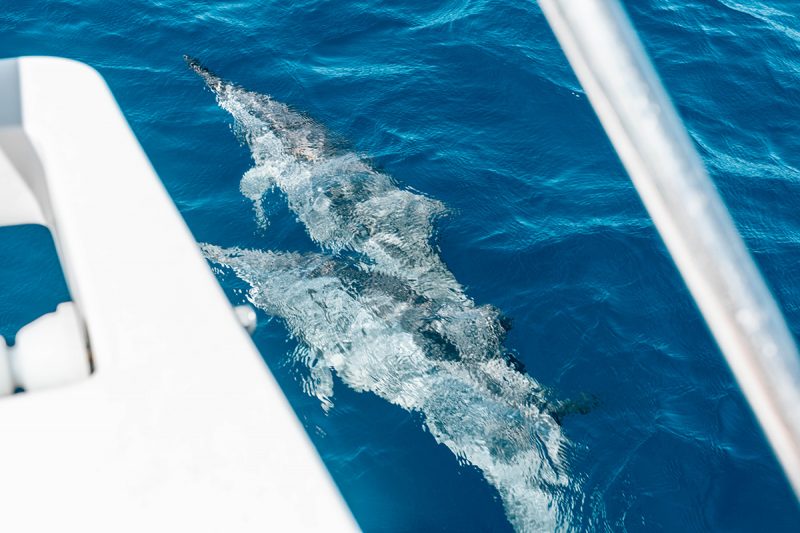 Club Med La Plantation d’Albion had a variety of sport activities to offer: starting from beach volleyball to archery and flying trapeze. Visitors can also take advantage of the water paradise by trying out a variety of water sports and activities around the island like snorkelling, diving and kitesurfing. For the more adventurous among you, there are an underwater walk, submarine trips and parasailing. 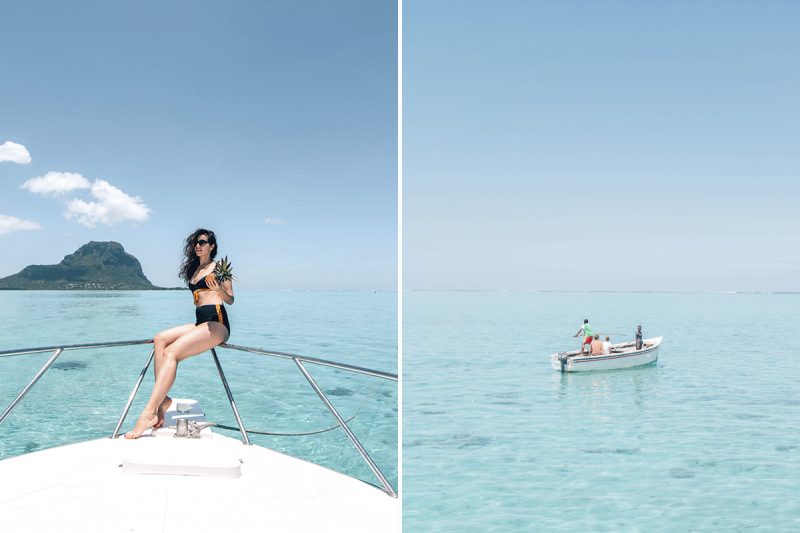 Day 5. Explore the North of the Island

The first stop for the fifth day was Eureka – La Maison Creole – a typical colonial house converted to a museum. Eureka preserves the past, here you can see a selection of antiques, old furniture typical to the colonial period and also visit surrounding gardens. Here you can also discover the story of the bird dodo – an extinct bird that was settled on the island of Mauritius. With no predators to attack them, they lost their need and ability to fly. They lived and nested on the ground and ate fruits that had fallen from trees. After the first humans set on the island, the bird dod quickly became a local dainty and source of fresh meat (it weighted around 50 kilos!). Human interrogation has reduced the dodo population, so the last bird was killed in 1681.

One of the prettiest places to visit in the North is the Pamplemousses garden is known by botanists from around the world for the large collection of indigenous and exotic plants that grow there, including the giant Victoria Amazonica water lilies and the numerous species of palm trees.

For the afternoon activities, you can experience a Safari trip or a Jeep Safari tour. It’s a great opportunity to get to know more about giant turtles, crocodiles, rare animal specials, lions, zebras and other animals. The best thing about it is that you get into a very close contact with animals like walking with the lions, touching them and having fun. It can be the most thrilling experiences of your life! 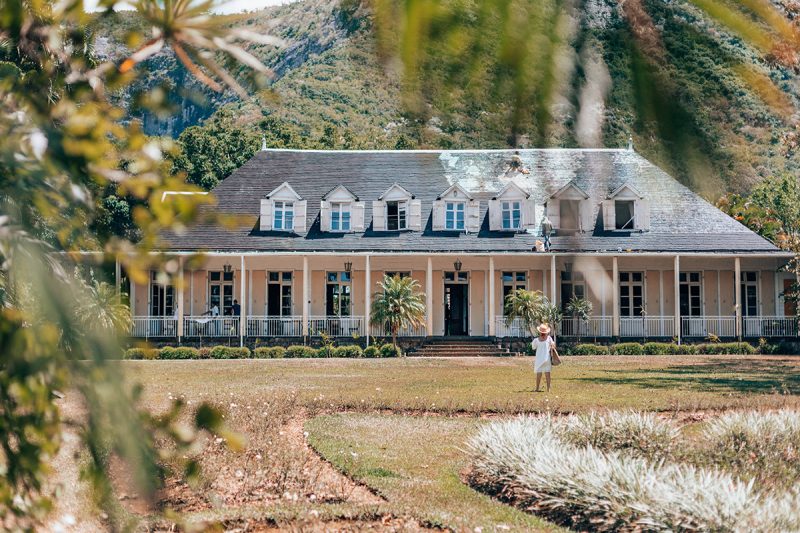 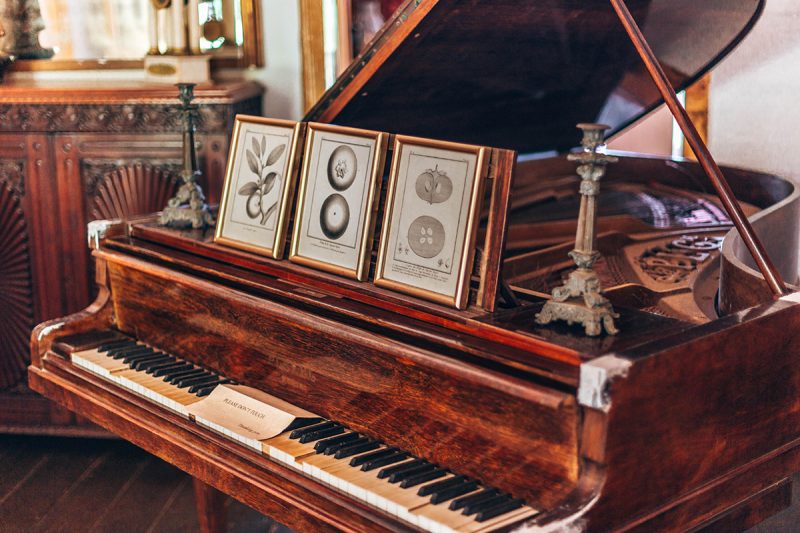 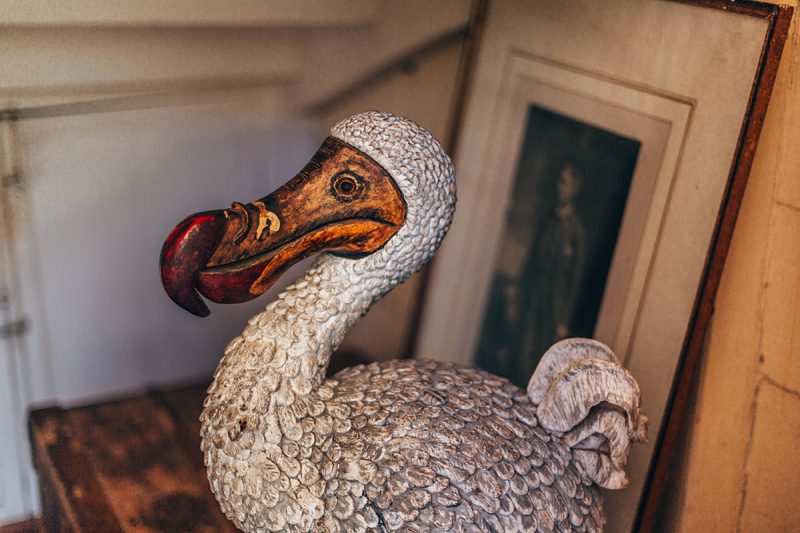 You can’t leave the island without local souvenirs. For this, we headed to “Rhumerie de Chamarel” to choose the best bottle of rum. It was a truly unique experience. Exploring sugar cane plants at the domain, seeing how they are selected, the distillation process, ageing and, finally, tasting the rum in a real rum factory is not something you can do everywhere. I could not hide that I didn’t even know rum was made out of sugar cane!

The tasting session is carried in a wooden room with a guide being rather liberal with her portions. There were eight types of rum and liqueurs to test, each very different. Some of it was enough to burn off your eyebrows (double distilled rum at 44%) whilst others were surprisingly mild. I loved the vanilla rum liqueur, made from natural vanilla pods and pure cane juice. In addition to that, the gardens are very pretty full of flowers in bloom and fountains.

Apart from a pure bottle of rum, you may want to bring a piece of paradise back home. You can buy sweet treats and small pastry from Mauritian sugar cane almost in every shop as well as various speciality sugar that would be a perfect gift for someone who loves to bake. You can also find tons of souvenirs related to bird dodo.

After so many unique activities, you can make your trip even more unforgettable by ordering a helicopter ride above the island. There are companies that offer exclusive service of a pick-up directly at your hotel. You can see a spectacular underwater waterfall only from above. The panoramic views of the island are simply fantastic. 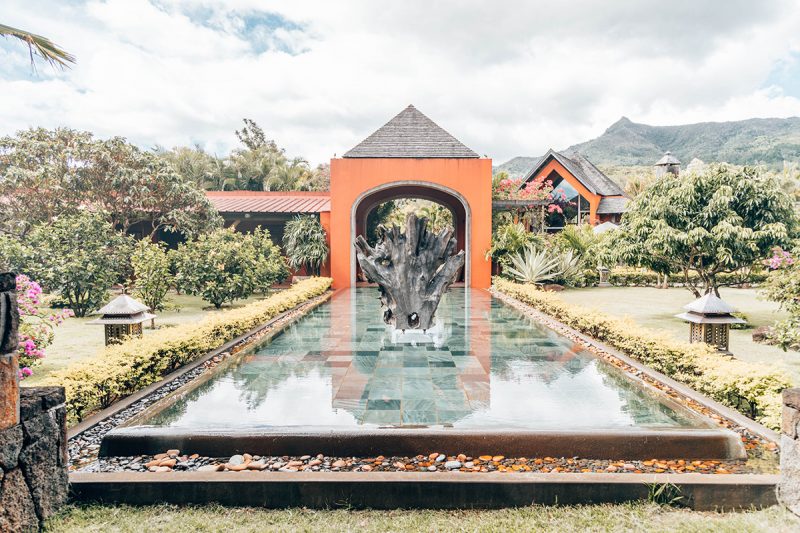 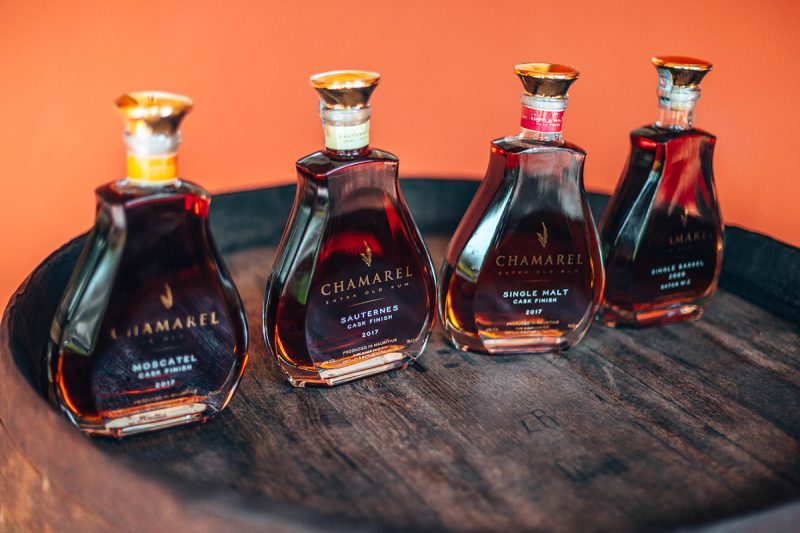 It’s your last day in paradise. What can be a better way of saying goodbye than enjoying colourful sunset dipping in the Indian ocean with a glass of delicious cocktail? 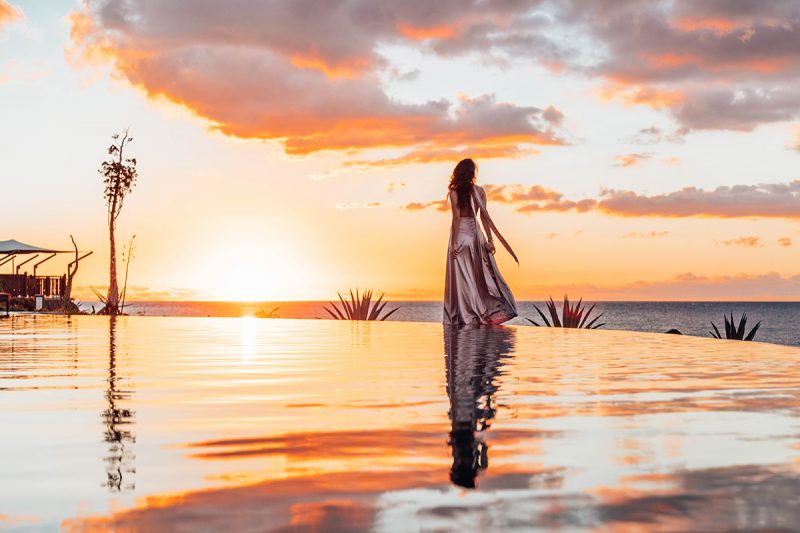 I hope that you enjoyed my 7-day itinerary for Mauritius and it inspired you to discover a truly amazing African paradise!

Back to Top
Close